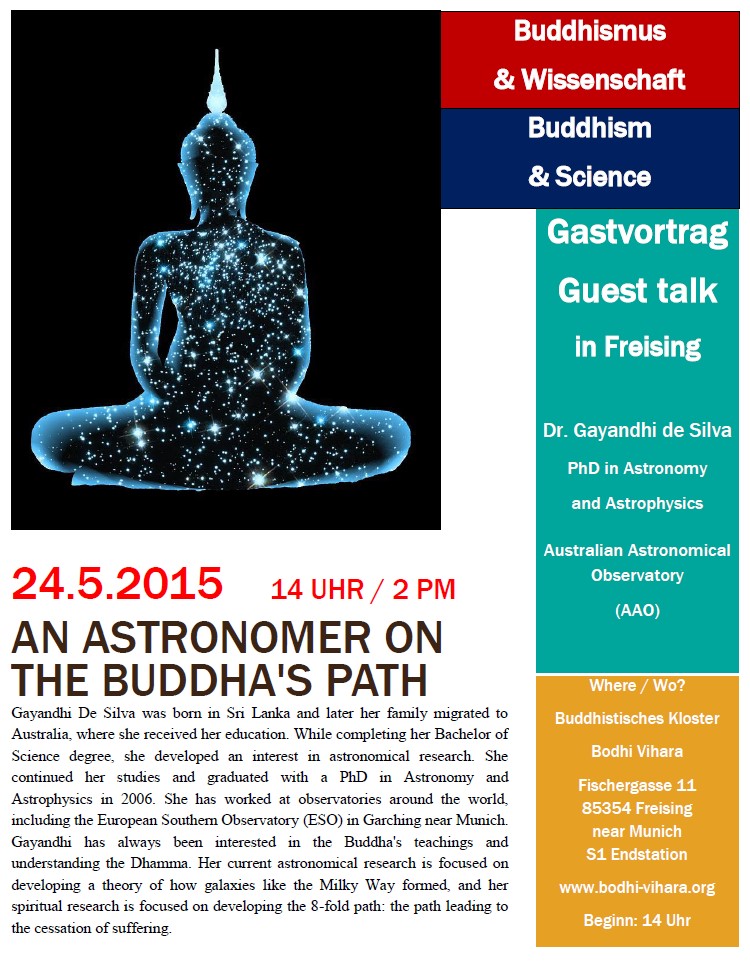 AN ASTRONOMER ON THE BUDDHA’S PATH
by Dr. Gayandhi de Silva, PhD in Astronomy and Astrophysics
Australian Astronomical Observatory (AAO)

Gayandhi De Silva was born in Sri Lanka and later her family migrated to Australia, where she received her education. While completing her Bachelor of Science degree, she developed an interest in astronomical research. She continued her studies and graduated with a PhD in Astronomy and Astrophysics in 2006. She has worked at observatories around the world, including the European Southern Observatory (ESO) in Garching near Munich. Gayandhi has always been interested in the Buddha’s teachings and understanding the Dhamma. Her current astronomical research is focused on developing a theory of how galaxies like the Milky Way formed, and her spiritual research is focused on developing the 8-fold path: the path leading to the cessation of suffering.